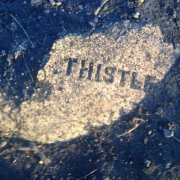 On the occasion of Unmade, an exhibition in the Goethe Institut’s Return Gallery, of new work by Isabel Nolan, curated by Vaari Claffey, a short event incorporating art work, screenings, imagery and readings (of both original and selected texts), by invited writers and artists will take place on Tuesday the 11th of December. A discussion between Claffey and Nolan will frame the various contributions.

Vaari Claffey’s interest in the potential of both repurposing things and working with that which is to hand has manifested in her exhibition practices and research for many years. This is evident in her long-held regard for the manoeuvres that artists make to find a place for work in the world, and in her own strategies of cultivating loyalties and continuously adapting relationships, spaces and works to produce an annual event, Gracelands, that repurposes the festival format to present a one day exhibition.

Isabel Nolan’s recent sculpture, currently occupying the Return Gallery with the title ‘Festina Lente Rug’ is a modular, reconfigurable floor sculpture, which takes multiple forms, each bearing a new title appropriate to the given location. It is a dysfunctional, rug-like, floor based work that has its origins in the actions of German psychiatric patient Marie Lieb who un-purposed her bedclothes when she tore sheets into strips, and used the fabric to make patterns on the floor. Nolan’s new work sits comfortably with her own ongoing investment in the idea that artworks are un-purposeful objects, things which produce aesthetic experiences, in part by performing their freedom from being useful.