Declan Long, art critic and co-director of MA Art in the Contemporary World will be speaking at upcoming symposium Translating in/Justice. 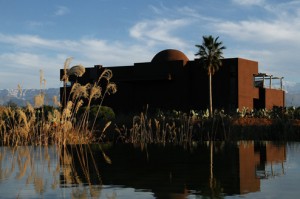 On Saturday 25 January (11am – 7pm) the symposium will take place at Dar al-Ma’mûn, Marrakech, Morocco
FREE

Free shuttle buses between Dar al-Ma’mûn and downtown Marrakech will be available on Saturday. To register or to send an inquiry, please contact library@dam-arts.org.

Translating in/Justice is the second part of Artistic Justice: Positions on the Place of Justice in Art, a series of three international symposia leading towards the 2014 edition of EVA International – Ireland’s Biennial. It will take place in Marrakech and is curated by Dar al-Ma’mûn co-director Omar Berrada, at the invitation of EVA 2014 curator, Bassam El Baroni.

Translation is, by nature, linked to ideas of justice, of being just or faithful to a text. The translator’s ethical burden is a constant negotiation between the spirit and the letter of a text, between respectful literalness and naturalizing ethnocentrism. And it is always met with a value judgment: Traduttore traditore as the Italian saying goes.

Conversely, in the French language, prosecution has to do with translation: to bring to justice is traduire en justice, i.e. to translate in(to) justice. To do justice, therefore, is to accomplish a successful act of translation.

The symposium open up this translation/justice nexus thanks to contributions from artists and writers with a diverse array of practices and disciplines: philosophy, architecture, video, performance. In so doing, it will focus on how artists and thinkers signal a crisis in this process of translational justice, i.e. on the instances where the translation goes wrong, or fails to happen.

The presentations will be in Arabic, English, and French. Simultaneous translation will be available.

Omar Berrada directs the library and translation centre at Dar al-Ma’mûn in Marrakech. A writer and translator, he grew up in Casablanca and lives between Morocco and France. He hosted shows on French national radio (2004-2007) and public programs at the Centre Pompidou (2006-2009). He curated the Tangier International Book Salon in 2008, as well as the literary program of the Marrakech Biennale in 2012. He co-translated, into French, Jalal Toufic’s “The Withdrawal of Tradition Past a Surpassing Disaster” (2011) and Stanley Cavell’s “Senses of Walden” (2008). He recently edited, with Erik Bullot, “Expanded Translation – A Treason Treatise” (2011), a book of verbal and visual betrayals; and, with Yto Barrada, “Album – Cinémathèque de Tanger” (2012), a multilingual volume about film in Tangier and Tangier on film.