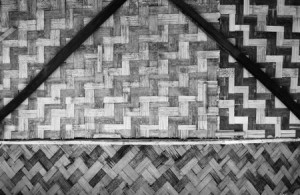 Conversations in: is an ongoing project that considers the relationship between image & object within the dilemma of a contemporary art practice. Conversations in: (Dublin) is the third chapter in the series following on from Conversations in: (Sydney) 2011 & Conversations in: (Melbourne) 2010. Wynnychuk’s practice is based on the recuperation and transformation of found, familiar and banal objects. The intent is to convert, translate and reassemble the material so that it is imbued with a precarious new energy. The conceptual framework continues a sustained investigation into the theorist Herfried Munkler’s concept of a post-heroic society.

Continuing on from Robert Frank’s video Conversations in Vermont (where Frank invites his children who are literally in the images to discuss the meaning of these now famous photographs), the ambition is to examine and recompose photographic documentation to make new work. Photographs and photograms are included and contextualized within the structure of the total artwork.

The objects that are reconsidered in this variation are woven bamboo walls. Wynnychuk has spent the last ten months in Papua New Guinea working as an independent volunteer in the small rural village of Mewok. On arrival, there was no appropriate accommodation so a traditional bush-material house was built; the bamboo walls in Conversations in: are walls of this house.

Melbourne based artist Nicki Wynnychuck is currently a resident artist at Fire Station Artists’ Studios. Since 2008 Fire Station Artists Studios and Gertrude Contemporary, Melbourne, have been running an artist exchange programme that sees an Irish artist awarded a studio in Gertrude Contemporary, and on alternate years Fire Station reciprocates for a Gertrude artist with the additional opportunity of an exhibition and curatorial support from Pallas Projects/Studios. Past Fire Station award winners are Jesse Jones (2009) and Rhona Byrne and Mark Garry (2011). This exchange programme will come to an end in 2013 with the last Irish artist traveling to Melbourne.

An artists’ talk, conducted between Nicki Wynnychuk and curator Gavin Murphy, will take place in The LAB at 1pm on Thursday 24th May. The artist will discuss his residency, his work, and his recent experiences in Papua New Guinea. Booking advised – register