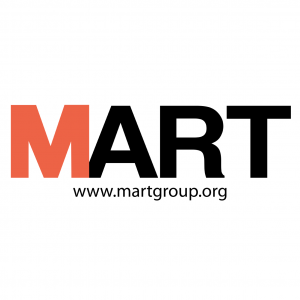 MART are currently running a fund:it campaign to help them open up a new art space in the old fire station in Rathmines. We spoke to MART co-founder and current MA ACW student, Mathew Nevin, about their plans.

Tell us a little about MART. When did you start? What was the initial objective?

I set up MART in 2006 with Ciara Scanlan as an arts organisation whose primary aim is to create a platform for New Media, Installation, Sculpture, Experimental Film, and Performance art. We both had just came out of college and wanted to create our own opportunities. We started out with about 8 artists and now we have over 150 on the website, and have worked with about 300 in total over the years, touring Ireland, UK, Europe and the USA… all on a shoe string!

What kind of art are you interested in? How do you decide which artists to get involved with? Do you choose them or do they choose you?

I personally studied Installation in college, so I am always drawn to this. I am working on a MART Catalogue where I actually speak about this more with Margaret O’Brien – the role of installation in Irish arts and also the academic effect on an emerging artists work. I think the interpretation of Installation here in Ireland compared to what I studied in Wales is slightly different. I studied Scenography, which is the study of design in space. So Christo’s interpretation of Installation would be more along my lines, as opposed to installing a sculpture into a space – this is what I think some artists here believe it to be. This is not wrong, it’s just a different way of thinking.

In MART we have an open ethos, we are open to everyone. The only rules are that they fall into the above mentioned categories and show what Ciara and I decide to be of artistic merit. They don’t need to have a big name, or have a BA, an MA, a PHD or the likes. They just need to express their love of art through their work. Do they choose us? I suppose many of them do as the majority do approach us, but we have approached them too, and of course when we curate a show we do the choosing!

MART has a very strong international dimension and you seem to be constantly running events or shows outside Ireland. How do you manage to do this?

Really there is one answer to this: Culture Ireland. They have been our core support since the very beginning. When we were doing The Launch in Galway and we sat around speaking with Spanish artists we were involved with, we thought “why not go abroad?”. That specific show didn’t materialise but that didn’t stop us. We are looking forward to running more shows in Ireland as taking artists and their work abroad has got to be one of the most stressful (but enjoyable) things I do! However, we are planning two shows in Greece and Portugal next year. Also I should mention here that Ciara and I have a great working relationship. I think because we were friends first that has helped us drown out any negativity that arises and keeps us together as a strong working partnership. I remember a meeting we had with the Arts Council once and telling them “Do you know we will be around forever?”. We aren’t going anywhere and have established MART as an entity on its own. I suppose we have always kept to a light hearted professional integrity which means we have always maintained high expectations of ourselves and this paid off with being chosen to represent Ireland in Imagine Ireland in the states last year. We have seen many organisations/initiatives/groups/studios/galleries come and go in the last 6/7 years but we are here to stay!

You are taking over the old fire station in Rathmines with the intention of running it as an art space. How did this come about? What are your plans for it?

I live in Rathmines and walked past the building every day for months. Then with my cunning detective skills and about 100 phone calls and 10 meetings with DCC we got it! We were on the hunt for a space ever since I came back from London (I lived there for the past 3 years). For various reasons having a gallery or any form of space as an arts organisation helps you. Even though we have lived an ephemeral existence up to know, which we have loved, having a base means we can organise more shows nationally and internationally and provide resources to artists. For example MIAEN – Mart’s International Arts Exchange Network – will offer professional development for artists and curators from around the world to come and curate an exhibition in Dublin with local artists. We will also provide studio space and offer comprehensive curatorial and art programs.

Tell us about the Fundit campaign you are running. What do you need the dosh for? Give me a few good reasons why I should give you some of mine.

Do you see crowd-sourcing sites such as fund:it as being viable and sustainable means of providing ongoing funding to arts organisations such as yourselves?

Yes, we actually did a Kickstarter back in early 2011. Kickstarter is one of the original crowd funding websites and helped us pay towards our American tour. We actually gave advice to Business to Arts when they were setting up fund:it so they could gain from our experience. If you glance over fund:it they have done some AMAZING work for the Irish arts, music, and Irish culture in general. The only problem really is this recession! If it was celtic tiger times people would be throwing their money about and nobody would need to crowd fund as much, but unfortunately we do, and its a great way to do things. A simple way of thinking about it is, we are aiming for at least €3000, that can be broken down like this. If 100 people donate €30 each, they receive amazing rewards for doing so, and we would be at our target. It’s not much when you break it down, but it is a lot when people don’t have money at their disposal. So we need to do lots of press to generate interest for the fund:it!

Your fund:it video is hilarious. Have you considered pitching some sort of comedy/reality TV show to RTE?

Weirdly enough the answer is YES! I applied to the Film board for a documentary on the USA tour but time was not on our side, so it didn’t happen. Separately with MART Productions we are going to hit RTE (but I think we might have a better chance with CH4 or an american network ) with a four script comedy sketch series I have written called “Spoonfeeders” based on the Art World…. watch this space 🙂

Finally, the most important question. When you finish refurbishing the new space, will there be a fire-mans pole we can slide down at openings?

Hopefully yes. If we can get a welder to come in and install one, then definitely yes! Oh, or a retractable one would be cool that we could control to go up and down! There is a hole for it where the old one was.

Ciara and Matthew need to raise 3000 euros in order to get THE MART started. If you would like to help out, have a look at their fund:it campaign page which provides all the details.