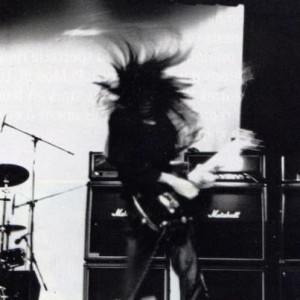 Japanese experimental music legend, Keiji Haino, makes a rare appearance in Dublin this week. Haino has been a key figure in avant-garde music circles for decades but his only previous performance in Ireland was a three-night stand in the Project Arts Centre in 2001. At that time he gave a solo percussion performance, played as part of an improv group, and collaborated with a local traditional musician. This time around he is bringing his celebrated power-rock trio Fushitsusha to Dublin. An overwhelming and intense collision of free improvisation, psychedelic rock and extreme noise, Fushitsusha are a unique experience not to be missed by anyone interested in the outer reaches of music and sound. This probably won’t happen again in any of our lifetimes. Fushitsusha play The Village on Wexford Street on Tuesday 9th of October. Bring earplugs.