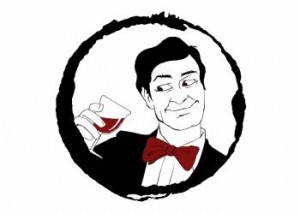 In our seventh installment our correspondent Jakob Ligvine Kreek reluctantly attends the opening of the annual Turner exhibition in the National Gallery but finds some solace in the spiritual works of James Hennessy.

It was a dreary January evening that turned quickly cold and exceptionally wet when a curator friend of mine telephoned and invited me along at short notice, as a plus one, to the opening of the annual Turner exhibition in the National Gallery. I was immediately trawling through my bag of excuses over the phone as I looked out at the rivulets of water running down the dark window panes of Ligvine HQ. The last thing I wanted to do was to wrap up in my rain coat and head out, splashing through the grey puddles on the water sodden January night, until he mentioned the Hennessy cocktails. “What’s that?” I said to him, “Hennessy! I’ll be right there.”

So, needless to say, I found myself soaking wet and uncomfortably damp by the time I got to the rear entrance to the National Gallery. The invited audience at a National Gallery opening is usually a little bit better dressed than in the contemporary art scene version and comprises of a large proportion of the professional classes. There are lawyers, architects, high ranking public servants and academics: a well groomed set that don’t swamp the bar in an undignified rabble.

Unlike most of the others present I quickly got my hands on a hot Hennessy with Cranberry juice and cherry syrup, mmmmm! It all felt very festive so I promptly graduated onto a very tasty Hennessy with Ginger ale and then repeated the cycle. The speeches included a presentation by Sean Rainbird, the new Director, who continues to make apologies for the extensive and extended closure of a large part of the National Gallery. “We are still open!” he defiantly cried into the night.

The exhibition is accompanied by the launch of a new catalogue that reveals some new information based on research of the works in the Henry Vaughan bequest. The stipulation of the bequest is that these works be shown every year in January so as to protect the water colour works on paper from the harsh and damaging summer sunlight. Mr. Rainbird very humourously pointed out that the paintings would have been perfectly safe if shown in the typical Irish summer that had just passed. Recalling the bad weather outside I took another large gulp of my toasty cocktail.

He was then followed by Niamh MacNally and Anne Hodge, the curators who work with the print and paper works in the collection, and who were responsible for producing the new catalogue. There was a great deal of humour and positive energy in the speeches and the audience responded with gusto and great warmth, dispelling any discomfort due to the clinging dampness of the wet January evening. Then the principal speaker opened the exhibition and a peculiar feeling came over me. The invited speaker was the British Ambassador, his Excellency Dominick Chilcott.

Suddenly, I was transported – excuse the pun. I felt as if I was in a George Moore novel attending a ball hosted by the Viceroy in Dublin Castle. “How strange this institution is”, I thought to myself. It holds onto its past and its traditions like an anachronism, just like the dead zoo of the natural history museum that resides next door across the lawn of Leinster house. Being present at the speech by the ambassador was like being part of a peculiar living taxidermy of our former British past. The Ambassador spoke very eloquently with humour and passion and complimented all those involved in the exhibition. He was a diplomatic triumph, but I still couldn’t escape that lingering sensation of angst that British officialdom injects into the Irish heart. I drank deep into the Hennessy cocktail and thought of the flight of the earls and the story of Hennessey himself who fought for the French Navy against the British before establishing his distillery in Cognac in 1765. Before I melted into another Hennessy cocktail and abandoned my higher reasoning functions to the inevitable night town that was to follow, I mulled over what a peculiar relationship we have with our British heritage. In the wonderful way of tradition and inescapable history, the Vaughan bequest of the paintings and prints by J.M.W. Turner, who never visited these shores, has an extraordinary way of reminding us of our past. Every dark and somber January, when we are in the process of renewing ourselves for the year ahead, this annual event gives us an opportunity to look back at where we have come from before we step once more out into the cold January rain and the darkness that shrouds our future.

JMW Turner at the National Gallery of Ireland, Print Gallery runs between 1 – 31 January 2013. A new catalogue by Anne Hodge and Niamh MacNally on the Gallery’s Turner collection, is on sale in the Gallery Shop for €14.95