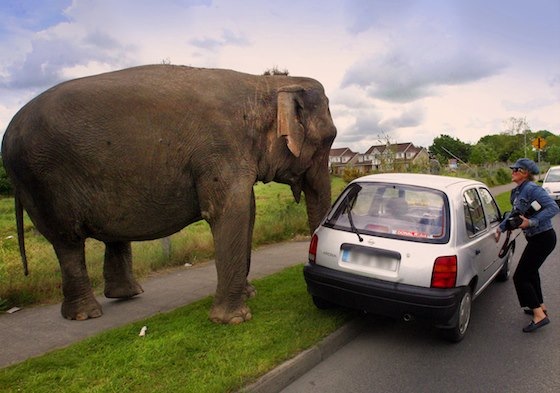 Please join us on Saturday 4th May during the Riverfest celebrations for the preview of The Founding Phant curated by Paul Quast and Joan Stack.

The latter end of Georgian Limerick consisted of a series of spectacles aimed to inspire reverence, curiosity and wonder in the population of the city. Huge renovations had restructured the city’s geography; state of the art technologies had begun to be utilised for development; ancient defensive walls had been declared obsolete, and a host of weird and wonderful creatures were visiting the city.

Patrick Street, where the Ormston House gallery is situated, served as a show-site in order to allow the citizens of Limerick to see, for the first time, many exotic animals and “fierce creatures” brought to the city by merchants and travelling showmen. Two hundred years ago this year, the “Sagacious Elephant” was one such creature to temporarily reside at the corner of Patrick and Ellen Street which became the venue thereafter for many more exhibitions and events to visit the city…

Image: detail from Freedom of the City (2013) by Deirdre Power. Photo by Dermot Lynch.