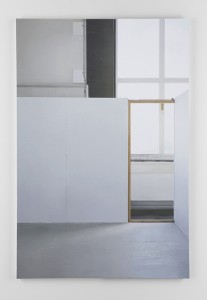 As part of an ongoing series of talks arranged in collaboration between Kerlin Gallery and MA Art in the Contemporary World at NCAD, at 5pm on the 14th November the artist will talk about the concepts and making of his Art School Series. The talk will be approximately 45 mins long and will be followed by the exhibition opening reception.

During the Summer months of 2011 and 2012 Paul Winstanley photographed the empty fine art studio spaces of art schools throughout England, Scotland and Wales. The artist abided by certain governing rules; the camera was held at the same height for each shot, the studio was photographed as found and the lighting was natural. The result is a comprehensive photographic archive of previously overlooked and un-documented sites of creative potential. This archive has given rise to a truly remarkable body of paintings and a new photographic publication.

The paintings in this exhibition, drawn from his photographs, closely subscribe to this minimal experience of place that is both documentary and sublime. They describe place and yet become, themselves, objects of space defined as much by the transience of light on surfaces as place articulated. Painted on panel, they physically reflect the hard surfaces of walls and screens within the imagery and re live the memory of place as both illusion and object. The visual language approaches abstraction and yet these paintings never lose sight of their social and political content.

Paul Winstanley, born in Manchester in 1954, now lives and works in London. He has been exhibiting since the late 1970s and over the past two decades he has had regular solo exhibitions in London, Paris, Munich, New York, L.A., and Hamburg. His first retrospective was held at the Auckland Art Space in New Zealand in 2008 and was accompanied by a fully illustrated catalogue. Other solo shows include ‘Driven Landscapes’ 1993 at Camden Arts Centre, London and ‘Annexe’, Tate Britain, 1998. 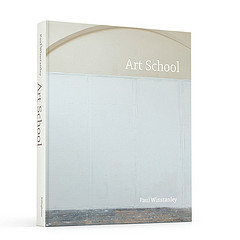 A fully illustrated book with a text by Jon Thompson and an interview with Maria Fusco (Published by Ridinghouse, London) will accompany the exhibition and will be launched in the gallery on Thursday 14 November.