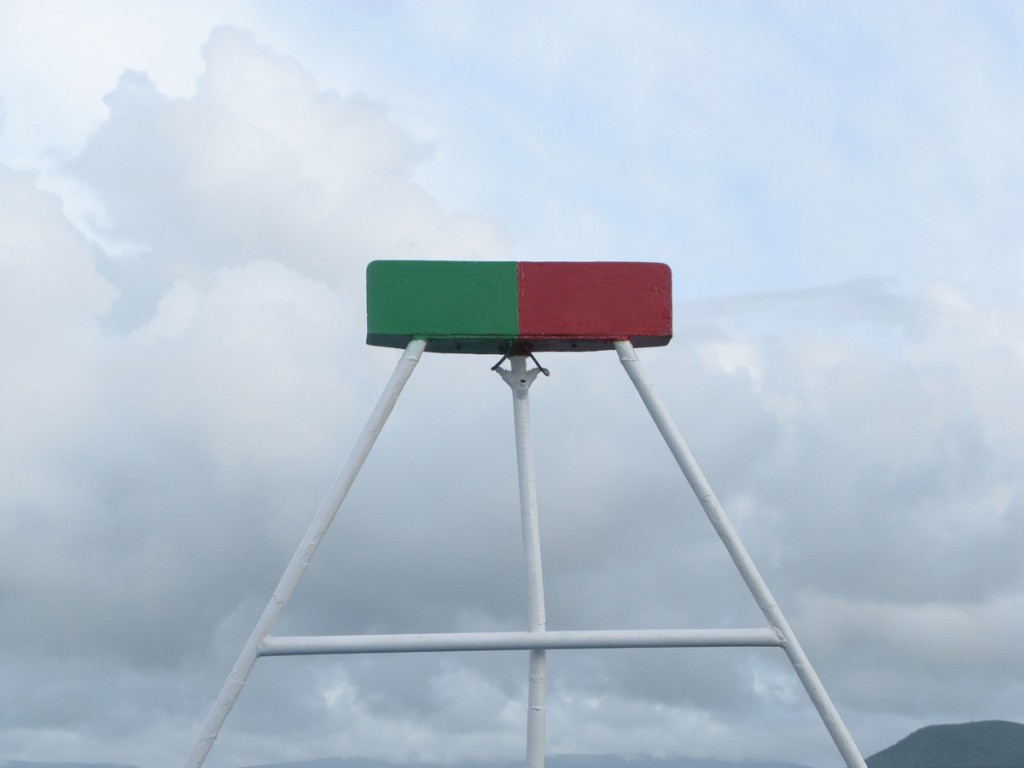 Referring to the lowest atmospheric layer and literally meaning “sphere of change”, the troposphere is the site of weather, turbulence and atmospheric transformation. Inspired by this mutability Troposphere is an exhibition of systems-based sculptural works that are concerned with spatial, broadcast and environmental phenomena (flight data, light, atmospheric pressure). The works exist at the intersection of sculpture, object hacking, diy/enthusiast electronics and live transmission. They look at inscription processes which combine natural and man-made systems. The main projection in the exhibition uses live-transmission information received from passing planes—combined with images of the sky—as a form of live electronic writing, updated each time another plane enters the range of the receiver. Other works take the form of simple material hacks where systems and objects are combined and reconfigured.

Cliona Harmey has been active as an artist since the mid ‘90s after completing a BA Sculpture at NCAD. In 1999—2000 she undertook a one-year residency at the now defunct Arthouse Multimedia Centre in Dublin, which was one of the first worldwide dedicated digital media spaces for artists. This started her on a process of working primarily with digital media, creating a series of video installations and a web projects. The work produced during that residency formed a major solo show at Arthouse entitled Sequent.

During 2009 she participated in Emobilart, the European Mobile Lab for Interactive artists, with collaborative works shown in Vienna and Thessaloniki. In 2010 she created a solo project for Unbuilding at Mermaid Arts Centre, Bray, which looked at the legacy of the laying of the transatlantic cable, with works which were hybrids between remixed objects/sculptures and live data. Other exhibitions include: The Last Blue Sky, Mothers Tankstation, Dublin; Quantified Self, The Lab, Dublin; Last, Douglas Hyde Gallery, Dublin; and Into the Light, The Model, Sligo.

Cliona is based in Dublin and is currently a Lecturer in Fine Art Media at the National College of Art & Design. Upcoming work includes a major commission for the ‘Interaction and the City’ strand of Dublin City Council’s public art programme. She is a current studio member at Pallas Projects Studios. Troposphere, commissioned by PP/S is one of an ongoing series of solo exhibition-projects by emerging and mid-career artists.

Godard takes an experimental approach to narrative, montage, screen text, editing and digital formats in this epic three part film. Starting on board the ill-fated cruise ship Concordia, and moving across multiple locations, Film Socialisme explores themes such as globalisation, history, war, culture, and circulation of capital (gold). The film has a strong engagement with cinema’s photographic legacy, the physical camera pparatus, and the play between still and moving image. http://experimentalfilmclub.blogspot.ie

Troposphere is supported by Dublin City Council and through generous public support via Fund-It.