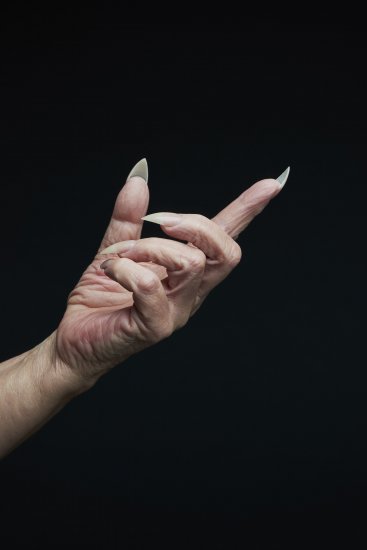 Jesse Jones contemplates themes of empowerment and social renewal by interrogating how art is represented in the museum­­ world in her new exhibition at Dublin City Gallery The Hugh Lane.

Deploying a recursive structure, Jones considers the museum as actor and resonator of state ideology in her new work specially created for the gallery’s “Artist as Witness” programme. Entitled NO MORE FUN AND GAMES, Jones has referenced a 1969 publication by the American militant feminist organisation CELL 16 and shifts the viewer’s encounter with art through a lens of feminist critique.

NO MORE FUN AND GAMES attempts to redress or renegotiate omissions in the historical canon of art. Jones has invited a collaborative curatorial team of art professionals and activists to create a deterritorised cultural space within the gallery. Entitled Feminist Parasite Institution, it takes an oppositional slant to received notions of merit or seminal in judging artworks. Posing questions around “women’s art,” how it ought to be valued, not just within the context of this municipal collection but more generally and how a feminist curatorial practice might interrogate the way we develop societal structures both physical and metaphorical to support our values.

Jesse Jones has transformed the gallery space into a cinematic experience through sonic and architectural interventions. In collaboration with renowned American film composer Gerald Busby (composer for Robert Altman’s 1970’s film, 3 Women), a new music score has been composed. The composition titled “pneuma” was inspired by artworks selected by the curatorial collective from the gallery’s collection. The connecting and coordinating materials of image, sound, motion and sequence are reworked in her attempt to make cinema without projection. The exhibition calls our attention to the spatial and sequential aspect of time and focuses on the artwork as an instigator of event rather than an object.

Events
Experimental, collaborative and multi-authored, NO MORE FUN AND GAMES opens up a conversation that is pertinent in Irish society today through a series of workshops, performances, guided tours and seminars. These include a conversation between ACW contributor Vaari Claffey and Isla Leaver-Yap exploring the role of laughter as a political gesture in relation to the history of feminism (April 23) and an offsite closing with philosopher and ACW contributor Tina Kinsella (June 25). For the full programme of events see www.hughlane.ie.