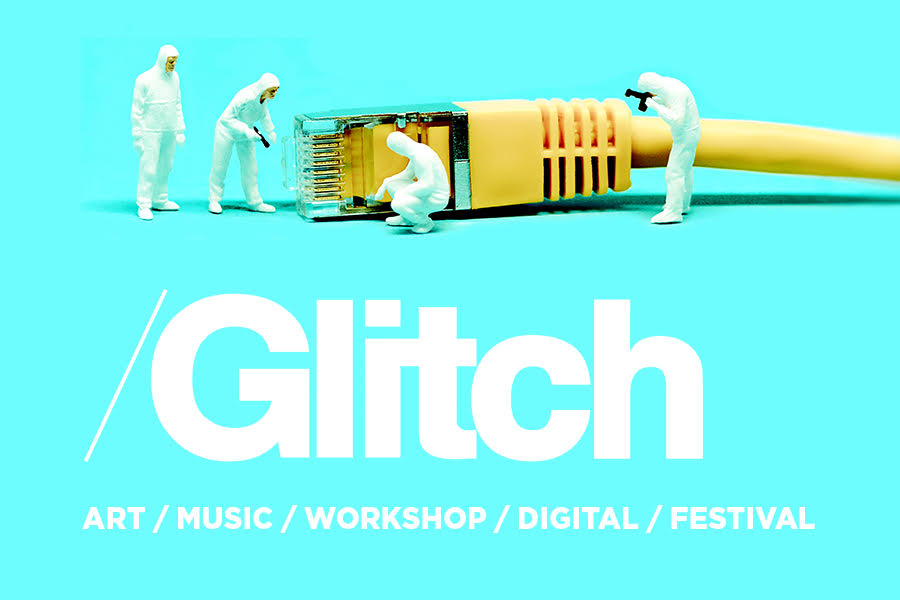 Email: deirdre@mart.ie your text or short proposal by March 3rd.

The curators of /Glitch Festival Dublin 2017 would like to invite current & previous students at University of Ulster, NCAD’s ACW and IADT’s ARC to submit an existing article/text relating to artistic practice which engages with digital technology. Alternatively, we are open to submissions of a short pitch of 200 words on a new text/presentation/performative text you would like to compose responding to some of the curatorial ideas outlined in the festival statement below. The scope is wide, seeking experimental, engaging texts or presentations. New texts will have a cap of 2000 words, existing texts may need to be edited to a 15-minute talk.

Four submissions/participants will be chosen to present their text on May 17th as part of / Glitch Festival Sedimentary Structures Gallery Talk.
Each speaker will receive a €200 fee for their participation.

“This year /Glitch Festival will celebrate it’s 6th year. During that time /Glitch Festival has grown into Ireland’s foremost digital arts festival. We work to bring the best of digital arts practices to the fore. /Glitch Festival brings leading media and technology artists, curators and artist groups together with audiences to draw out connections between art, culture and technology with the aim of fostering greater critical understanding and debate around artists interaction, investigation and intersection with technologies.”

For /Glitch Festival at RUA RED 2017 the curators have invited visual artists working with technology, digital media, video and the web with a specific focus on creating new and innovative work for a series of live event which culminates in an exhibition. The trace of an experience leaves a sediment or a resonating footprint in the space it occupied. As public engagement within the digital arts increases, traces of their participation and connectivity begins to be lost through technological advancements and lack of cataloging.

However the transient nature of these engagements have begun to leave traces of ‘the event’; mystifying what has previously occurred while combating the sedimentary structure of the traditional showcase. The festival will engage in discovery and investigation of these traces, resulting in a series of live, performative, experimental artwork that will leave residues, results and footprints

The curators have worked with the artists to create experimental technological driven artworks for the public engagement and participation. These works are interactive, reactionary, impulsive, divisive, explosive, political in creation, with at its core leaving a significant and possibly mystifying residue of what took place.

The exhibition structure will be transient and temporary in nature, with artworks changing and evolving throughout the duration of the festival. Whether the artwork is a performance or installation that degrades over time, the basic ingredient of the festival is that the work is impermanent.

This years /Glitch will be segmented into the first 2 weeks of active experimentation, during which the participating artists will be present in the space, with the public invited to engage, question and interact with the artists and artworks. The final 2 weeks will form an exhibition of the remnants and showcase of the previous events experiments, along with workshops, gallery talks and live performances.