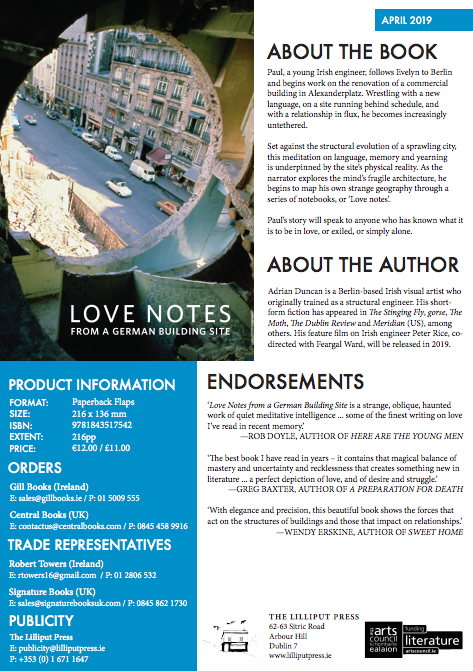 ‘Love Notes from a German Building Site’ follows the story of Paul, an Irish engineer in Berlin, involved in the renovation of a commercial building in Alexanderplatz. Constantly aware of the cracks in its foundations, the text moves calmly towards a manifest cohesion and stability
as Paul’s daily experiences fragment, collapse and are formed anew.

Duncan recently premiered his documentary on the work of structural engineer, Peter Rice, ‘Floating Structures’ at the Dublin International Film Festival. His process of making and the aesthetic of his works derives from an interest in language, and the processes of construction, both amateur and professional, he has carried this through beautifully to his writing.

The launch will be held at the Goethe Institut on Tuesday 16 April at 6pm. 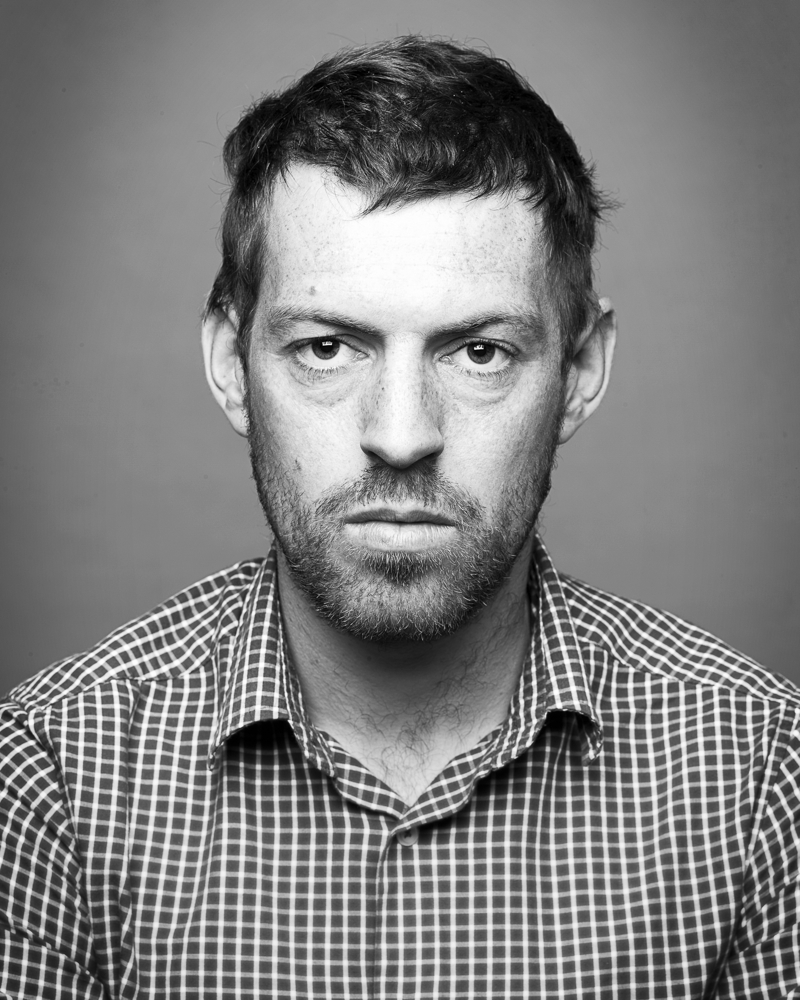