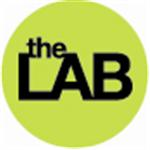 For their final exhibitions of 2011, The Lab at Foley Street are presenting solo exhibitions by artists Orla Whelan and Aoibheann Grennan. Preview 8th December 6pm to 8pm.

Here’s what they have to say about them:

The title of this exhibition ‘ In Paint; In Teeth; In Mountains; In Stars’ refers to a chapter in the novel Moby Dick in which the narrator recounts the abundance of images of whales, seen virtually everywhere by a suitably obsessed whaleman. These images range from man made representations to fleeting illusions in nature. This exhibition is an attempt to explore the resonance and meaning of a range of images through isolation, repetition, visual connections, and gaps.

Whelan has a long term relationship with the subjects that she paints, often returning again and again to an image or motif. Her work involves repreatedly looking at and documenting a subject of interest and developing a relationship with it which doesn’t end once a painting has been made. As Whelan describes the process, “To make a painting of something for me, is to try to get know it, and to interrogate it’s potential as an image. To paint a subject for me, is one stage in a process of observing that subject. This process involves circling back to subjects of previous interest and re-looking at them.” This exhibition marks a new new departure in Whelan’s practice. Moving away from a purely linear hang, the artist has collaborated with architects, abgc, to create an intervention in the space that will create a particular kind of encounter with the work and connect the ground and first floor galleries. The installation aims to activate the space between the viewer and paintings and to allow the viewer to create their own narratives.

Continuing with its series of shows of emerging artists in the Cube space, the LAB is pleased to present new work by Dublin based artist Aoibheann Greenan. ‘Rodeo Oracle’ refers to the ideological debate surrounding the issue of indigenous whaling in the Pacific Northwest. The ongoing struggle of North American Indian tribes to practice their treaty-protected right to hunt whales is one that resonates with attempts by indigenous people worldwide to maintain their customary subsistence patterns and cultural self- determination. Close reading of this dispute reveals an almost colonial Western perspective, in the worst instances prejudiced and patronising at best. Rodeo Oracle humorously manifests the romantic ideas projected onto the ‘other’ by the Western gaze. Indigenous culture is self-reflexively filtered through a Western lens to the degree that a parody of the latter is constructed. Deliberate misappropriations abound, in particular the use of the monument whose presence in North American Indian tradition is virtually non-existent. The monument thus offers a greater commentary on our own culture, rife with its symbols of power and authority. These indiscretions reflect the myriad ways in which indigenous cultures are misrepresented in the media. To a higher extent they illustrate how second-hand information can significantly misinform or limit our understanding of the world.

Orla Whelan has an MA in Visual Arts Practices from IADT, Dun Laoghaire (2007), an MA European Fine Art from Winchester School of Art, Barcelona (2001) and a BA Fine Art from NCAD (1997). Recent solo exhibitions include: At the Heart of Chance, Draíocht, (2008/09) and Outside at The Return, Goethe Institut (2007). Recent group exhibitions include: This must be the place, IMOCA (2009), There, Not There, Crawford Art Gallery (2008) and Trapezium, the LAB (2008). She is a member of the artists collective “Jeco Sword”. Orla’s show in the main gallery is called In Paint; In Teeth; In Mountains; In Stars builds on her recent solo exhibition at Roscommon Arts Centre.

Aoibheann Grennan graduated from NCAD last year and since then exhibitions include group shows at Draiocht, Block T and solo exhibitions at the Cross Gallery, Dublin and Chateau de Servieres in Marseilles. Aoibheann’s exhibition takes place in the Cube Gallery.