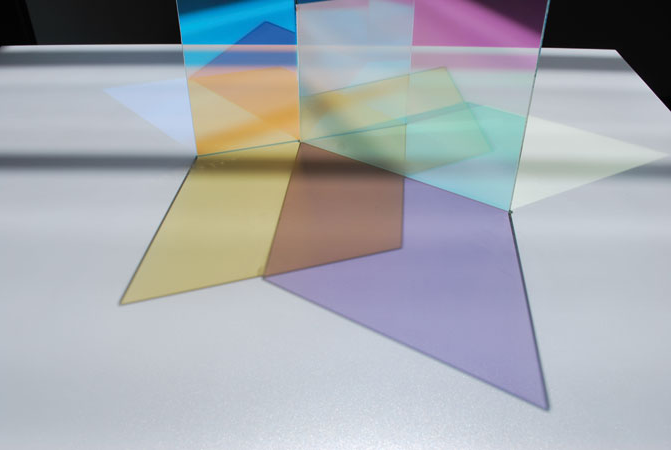 Vivienne Roche, one of our foremost sculptors, at the RHA, is on till 28th April, 2013, and is showing ‘Spirit and Light’, three suites of work in the Atrium.

Monuments, 2011, consisting of five pieces, were originally installed amongst the stone monuments in Christchurch in Cork that commemorate historical luminaries of the city. Roche’s monuments are a democratic act implying that regardless of status of any individual in society, every life remembered is an act of commemoration. These five pieces refer to five actual individuals who the artist describes as “not of my family but the lingering light of their lives has touched me nonetheless”.

In Sunlines 2011, Roche exploits the quality of dichroic glass to change colour as sunlight hits it at different angles. This four part piece is a simple and quiet meditation on time and change.

Vivienne Roche lives and works by the sea in Co. Cork, Ireland. Recent exhibitions include A light interlude from the pulpit, Christchurch, Cork in 2011, The Geometry of Water, Centre Culturel Irlandais, Paris in 2012 and Hinge Work, Vangard Gallery, Cork in 2005.