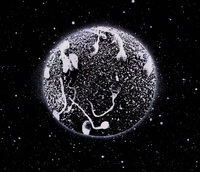 Gaming is the act of playing games. The person who plays games is called a Gamer. It generally refers to video game culture, an increasingly expressive medium within modern society. This group show features diverse art practices influenced by the theme Real and Imaginative Worlds and inspired by the multi-faceted nature of playing games. The exhibition will feature interactive works by three artists:

Do technological devices have human psyches?

Real and Imaginative Worlds has prompted Vivienne Byrne to examine manners of communication, with self and others. After a chance encounter with the book “Games People Play, The Psychology of Human Relationships,” by American psychiatrist Eric Berne MD, she became interested in the idea of applying human interactions to technological devices from her own history. Through the use of video projections, sculptural objects, drawings and online access to the GameOnDrogheda project which has been a big part of the investigation into this work, she will explore how digital objects might engage, resist each other or find ways to daydream.

Hilary O’Shaughnessy is an artist with a difference. She looks at the gaming industry and social media and responds by developing human interactions through street games. As part of the exhibition ‘Real and Imaginative Worlds’, artist Hilary O’Shaughnessy will be presenting a street game called Interference; about human computer interaction on the streets of Drogheda. During the gameteams will compete against one another to create a working social web. The information they will have to link is dotted along West Street and St. Laurence’s St. However, interference caused by slow signals, a malevolent hacker, poor legislation, and greedy firms all conspire to halt the flow of information and make teams social. We are looking for two teams of six to participate in this game on Friday 2nd May at 12pm. Be DARING and create your own interactive web. To play the game book online www.droghedaartsfestival.com or contact 041 9833946.

For Real and Imagined Worlds Jonathan Sammon looks at ideas of identity, isolation and memory by presenting a fragmented, multi-authored and multi-layered account of a man trapped in an seemingly uninhabited city from which there appears to be no escape; a place he calls The Forever City. Through constructed archive materials such as drawings, journal entries and photographs we see this figure attempt to understand his position and the possible reasons for the condition he finds himself in. The archival pieces are accompanied by a fragment of a short video documentary entitled ‘scenes from the happening world’. The documentary attempts to provide a framework for understanding the psychology of this trapped man. The documentary piece is narrated by a fictional artist investigating accounts of The Forever City.

Opening times over Drogheda Arts Festival: Saturday 2nd May and Sunday 3rd May, 10am-5pm and Monday 4th May, 12pm – 5pm.