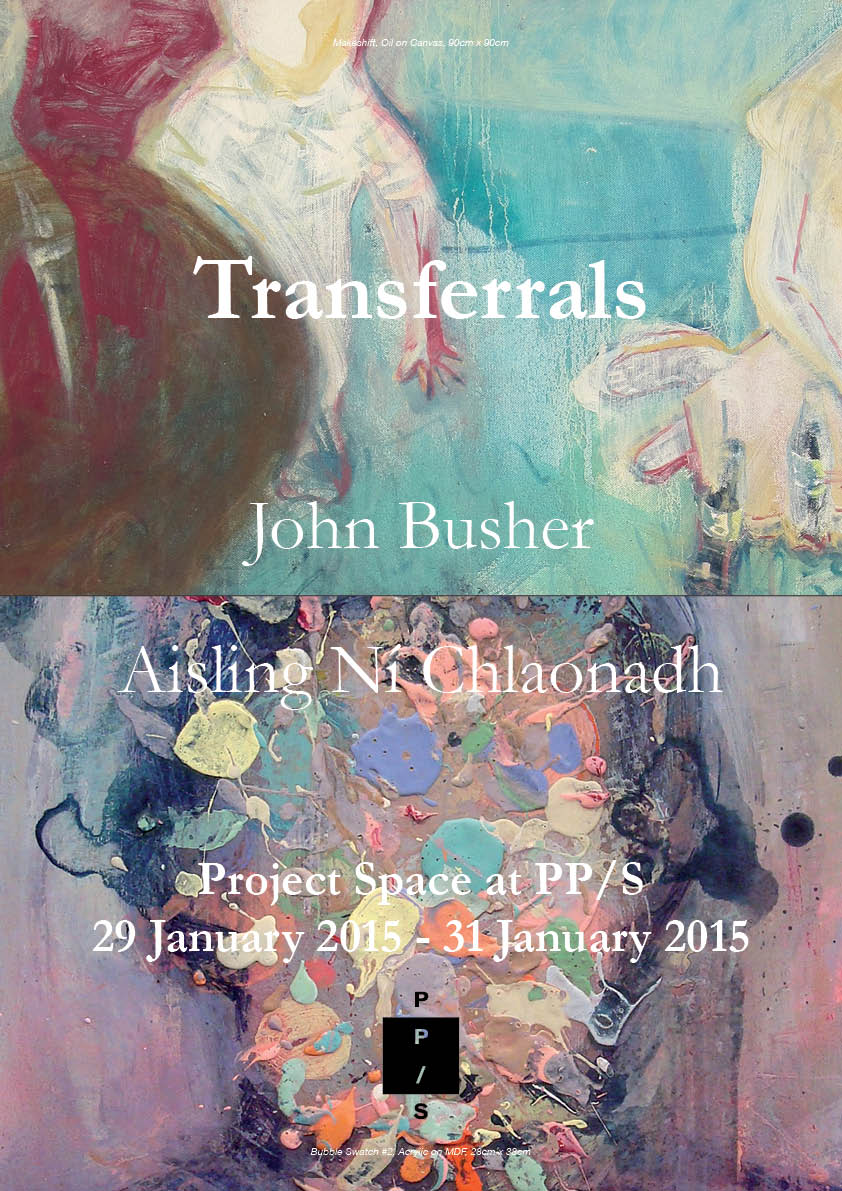 Transferrals is a reference to the unknown, how
this is marked with both uneasiness and hesitation.

Showcasing work by both artists made during their time in NCAD, John and Aisling share a mutual interest in the practice of painting and its place in the context of contemporary visual art. The shared concerns of both artists range from a preoccupation with the role of photography within contemporary painting discourse, to the exploration of phenomenological interests that inform their respective practices.

John Busher graduated from NCAD in 1999, he also has a PGDip from NCAD. His most recent solo exhibition was held at The Presentation Centre, Enniscorthy, Co. Wexford in 2012.
Since 2008 John has exhibited in galleries such as Dunamaise Art Centre, VISUAL, Monster Truck, RUA RED, Catalyst Arts & Ormston House. In 2014 he was awarded a residency in the Tyrone Guthrie Centre and selected for the Artist in the Community Scheme, Wexford County Council. His work is part of the Department of Education and Talbot Group collections, as well as several private collections. He is a member of Visual Artist Ireland, Ormston House, 126 Gallery, Catalyst Arts and the Black Church Print Studio (Extended Access Programme).

Aisling Ní Chlaonadh graduated from DIT with a BA in Fine Art and an award of excellence for best Fine Art graduate in 2012. Active since before she completed her degree, Aisling has been involved in both socially engaged art projects as well as privately commissioned work.

Her experience ranges from the development of charity murals and inner city education projects to working on music video storyboards for bands such as Fight like Apes. Aisling has taken part in numerous festivals and shows
including the Dublin Five Lamps Arts Festival
and Wicklow Arts Festival. She is a member of the Art House Dublin collective, an innovative cross-college group of DIT and NCAD alumni focused on raising the profile of emerging artists and engaging with local communities.