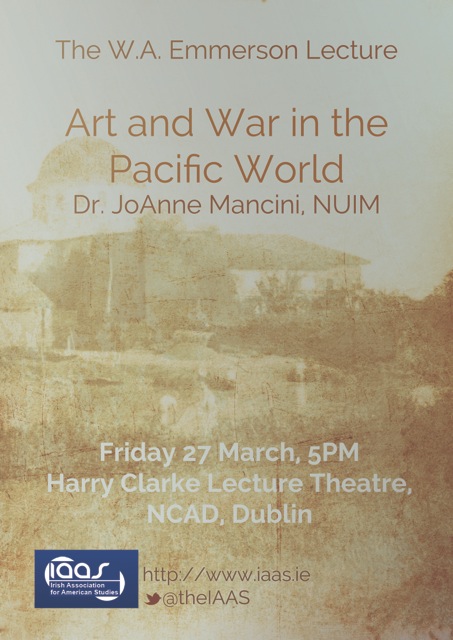 Her academic awards include the 2012 Patricia and Phillip Frost Essay Award for the best article in American art (http://americanart.si.edu/pr/library/2012/frost_2012.pdf), for “Pedro Cambón’s Asian Objects: A Transpacific Approach to Eighteenth-Century California,” the Smithsonian American Art Museum’s 2008 Charles C. Eldredge Prize for Outstanding Scholarship in American Art (http://americanart.si.edu/pr/library/2008/pr_eldredge2008.pdf), for Pre-Modernism: Art-World Change and American Culture from the Civil War to the Armory Show (Princeton, 2005), and the Yasuo Sakakibara Prize (American Studies Association, 2002).
She takes an interest in communicating academic perspectives to wider audiences, and has appeared on programmes including Newstalk Radio’s Talking History, RTÉ Television’s live 2012 U.S. Presidential Election Special on Prime Time, and the Virginia Foundation for the Humanities show BackStory, broadcast on National Public Radio.

Her most recent work, on architecture and regime change in the Philippine-American War, will appear in the forthcoming Companion to American Art (Blackwell, 2014), and was the basis for a plenary lecture she delivered at the 2010 biennial conference of the European Association for American Studies. This research is part of a book she is writing entitled Art and War in the Pacific World. She is also engaged in ongoing historical and normative research on migration, and is part of the COST Action ISO904, European architecture beyond Europe.