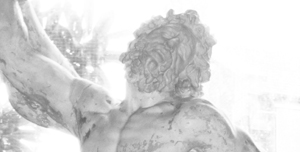 A debate on autonomy hosted by MA Art in the Contemporary World in the context of Towards a Newer Laocoön, a solo exhibition by Sarah Pierce at NCAD Gallery, commissioned by the Irish Film Institute.

In 1972 Robert Smithson published the following statement in the Documenta 5 catalogue as his only contribution to the exhibition.

Cultural confinement takes place when a curator imposes his own limits on an art exhibition, rather than asking an artist to set his limits. Artists are expected to fit into fraudulent categories. Some artists imagine they’ve got a hold on this apparatus, which in fact has got a hold of them. As a result, they end up supporting a cultural prison that is out of their control. Artists themselves are not confined, but their output is. Museums, like asylums and jails, have wards and cells- in other words, neutral rooms called ‘galleries’

Read in the context of a subsequent advert which Smithson co-wrote in Artforum (June 1972) condemning outright not only Documenta but curated shows in general it can be seen clearly as an antagonistic response to the curatorial strategies of Harald Szeemann in the name of autonomy. Just the previous year Clement Greenberg (not an obvious ally to Smithson) made a claim which, at first glance, seems very similar:

Art is autonomous; its there for its own human sake, sufficient to its own human self, but this doesn’t seal it off from society or history. What its autonomy does mean is that it serves humanity on its own terms, i.e. by providing aesthetic value or quality. (Homemade Aesthetics).

And more recently, Bruno Latour has questioned the autonomy of the artist:

We think that if politics is the art of the possible, as the saying goes, then we need political art to open this up, this ‘possible’ or to multiply this possibility. So the appearance of an avant-garde, autonomous artist expressing a deep insight without inquiries, without knowledge of the world, with no connection with science, that is certainly out.(interviewed by F.Halsall in Society and Space)

During an evening of discussion participants including artists, philosophers, gallerists and activists will present alternating arguments for and against “autonomy” in aesthetic, artistic and cultural practices.