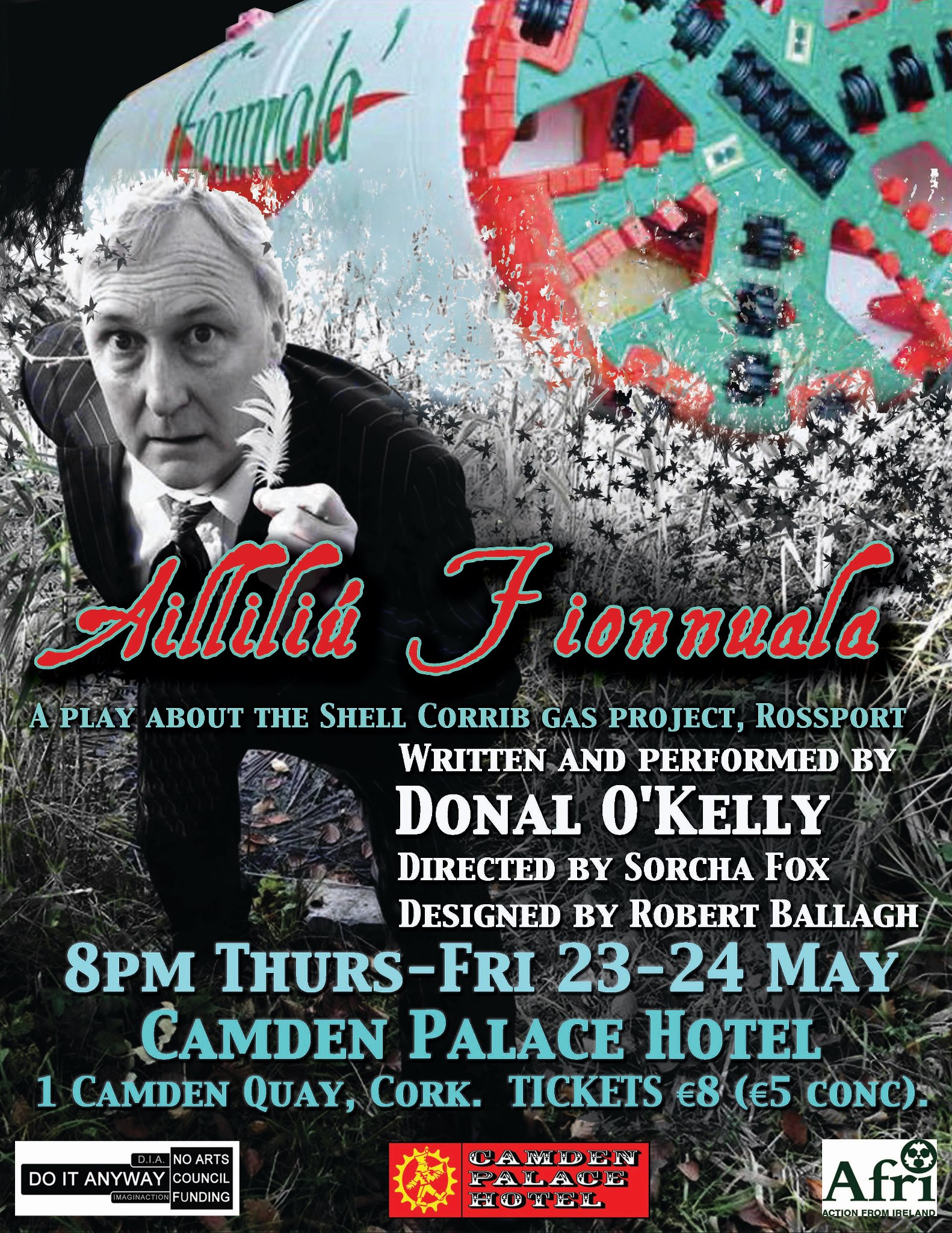 written and performed by Donal O’Kelly,

Ambrose Keogh works for Shell. When the Tunnel Boring Machine he named Fionnuala sinks into the bog in Erris Co. Mayo, he is magically confronted by Fionnuala of the Children of Lir. Fionnuala puts a geas on him – he’s bound to tell all he knows about sinister attacks with possibly murderous intent on local opponents of the project such as Willie Corduff and Pat O’Donnell. During his ordeal, Ambrose meets his primary school classmate, Malachy Downes, an anti-pipeline activist, and echoes from the past resound.

“I saw Willie Corduff shortly after he was attacked by masked men in the Shell site at Glengad in April 2009, and I know how close he came to death. That’s when I decided to write this play. Crimes such as this can’t be let happen with impunity in a functioning democracy” says O’Kelly.

“Cuts a swathe through Shell/State propaganda, allowing audiences to access the truth of what’s happening in North Mayo” Hot Press