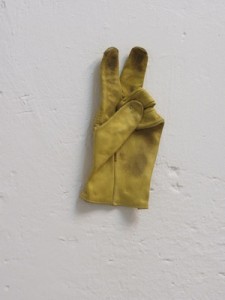 The following text was written by Francis Halsall to accompany the DIVIDUAL exhibition by Llobet & Pons that opens at the masART Galleria in Barcelona on Thursday September 6th at 7pm. It is curated by Patricia Carrasco and runs until the 6th of October.

Our own body is in the world as the heart is in the organism: it keeps the visible spectacle constantly alive, it breathes life into it and sustains it inwardly, and with it forms a system.
Maurice Merleau-Ponty, The Phenomenology of Perception, pg. 235

Some time ago I found a young man’s passport on the street and thought that the most sensible thing to do was contact the embassy of his country directly, explain that it had been found, and send it to them. All of which I did and then thought nothing more if it.

A few days later the following email arrived (I’d left my card in the package) which I’ve copied directly here:

How is the life?

I am really happy for your kindness. I really appreciate that! I’d like to thank personally and give a little gift to you. Would I might meet up you next week where you work (National College)? Let me kow when is possible, ok?

I wanna see you. I was going to see my girlfriend in London, on the way to the airport the passaport fell down from my jacket, fortunately you found it but my girlfriend didnt believe that and we just broke up. That is the living! In addition, I’m very glad because my mother will arrive next week and we are going to travel for 15 days. Probably, if you havent found it, the trip couldnt be possible!

I dont know you yet but I am sure you are a woderful person.

Faithfully
[Name]
(If you like brazilian stuffs, my mother will arrive on friday, then we can meet that day) :)(sic)

I turned down the chance to meet by making some excuse. I was, in truth, slightly horrified at the prospect of meeting. And the last I heard from him was a follow up message.

Hello Dr Francis,
One more time, THANKS A LOT. I wish all the positive energy in your life. Have a good work!
All the best for your!
Prosperity
[NAME] (sic)

Yet, since avoiding the event of meeting the experience stayed with me and I couldn’t stop thinking about it. The whole experience was revealing and touching. It was more than an impersonal communication.

The email itself is a micro-masterpiece of empathy and compact storytelling – “my girlfriend didnt believe that and we just broke up. That is the living!”

And it’s astounding how many physical details it exposed. One could quickly discern his age, hair and eye colour, how long he was going to stay in the country (from an attached student visa) and so on from the passport. But the note tells a much richer story. It seems to disclose an entire system of relations that exist, for the most part, outside of my own network. This is a system that has an almost completely different rhythm to mine, yet one that can touch me. We can, through this fragment, glimpse another intentional horizon as it, briefly, interpenetrates our own. One can move outwards from this to imagine a whole world populated with other such little epiphanies and minor narratives.

The sociologist Niklas Luhmann described this in his characteristically dry and wry way as Interpenetration in social systems, that is:

Interpenetration exists when [penetration] occurs reciprocally, that is when both systems enable each other by introducing their already-constituted complexity into each other. In penetration one can observe how the behaviour of the penetrating system is co-determined by the receiving system (and eventually proceeds aimlessly and erratically outside this system, just like ants that have lost their ant hill.) In interpenetration, the receiving system also reacts to the structural formation of the penetrating system, and it does so in a twofold way, internally and externally1.

In Luhmann’s model consciousness is a psychic system and thus like every other system. That is, it is operatively closed to its environment and other systems. What it does is observe, or be irritated by, other systems. His description of communication is that it doesn’t happen between systems, but inside them. Communication is an occurrence, specific to a particular system that generates meaning within that system from the unity of a message as well as its communication and reception. In other words, it is not passed over like a parcel (or a passport) but rather generated by the internal operations of each system.

Now, of course, I know next to nothing about this guy. I had a look at his passport photograph, but have since forgotten what he looked like along with his date of birth and even his full name. So it seems that Luhmann is somewhat right. I can only observe and reconstruct this external horizon from within the perspective of my own.

It would be all too easy to read the incident as an exemplar of the forms of contemporary communication which are all mediated at a distance (all the transactions took place by phone, courier and email) and through the abstracted circuits of information exchange, commerce and control.

Yet I still have a nagging feeling that this doesn’t quite capture what happened. I wasn’t only an observer here, but an actor in a network. I didn’t just observe I was touched too.

At the very least it seems that when systems collide the aftershocks of those interpenetrations crackle, flash and fizz through the circuits long after the moment when they kissed off one another. Perhaps this is what Roy Ascott meant when he said that there is “Love in the Telematic Embrace.”

I think the key to this lies in the passport. This was not just an ephemeral instance of communication that emerged internally within different systems but a physical thing that was passed between systems. A gift, perhaps, exchanged without commercial value. Or an object, whose stuff-ness passes between different systems, and exists in both, disrupting their hygiene. Like sand and hair in Vaseline. This, I think, is what Llobet & Pons’ art is all about. Their works are also gifts. Like the passport, their work is in systems, but also apart from them too, and they might move from system to system creating little perturbations which can irritate and delight. All of Llobet & Pons’ objects suggest that – just like us – they are just little parts in bigger systems some of which we can know; some of which we can’t.

“I must create a system or be enslav’d by another mans” cries the “eternal prophet” Los in Blake’s epic poem Jerusalem. In doing so he was expressing a quintessentially modern sentiment – the simultaneous feelings of seduction and conspiracy felt toward the systems of modern life.

System in various guises is mentioned 122 times in the first edition of Samuel Johnson’s famous Dictionary:

It is telling that this is a definition from 1755 which we could still use today. In systems we find a secret history of modernity. The systems we all now inhabit have their genesis at the beginning of modernity. We find system in Isaac Newton’s establishment of scientific method: the concluding book and overview to Newton’s Philosophiæ Naturalis Principia Mathematica is called, “The System of the World.” We find system in the new political organisations of modernism: in Leviathan Hobbes compares the body politic to a system: “By systems, I understand any numbers of men joined in one interest or one business3.” And we find system in the economic sensibility of modernity: Adam Smith’s Wealth of Nations proposes that a self-regulating economic system guided by an “invisible hand” will underwrite and ensure a “system of natural liberty” that is a free and equal society.

Yet; systems are dividual. They are distributed and shared; and we are distributed and shared throughout them. This leads to ambivalence as to the role of individuals within them. They might get lost in the circuits. Adam Smith, who in his Theory of Moral Sentiments defends the role of system in protecting the common good, recognised this: “Good Soldiers [are able to] cheerfully sacrifice their own little systems to the prosperity of a greater system4.”

Systems, then, are also something to be paranoid about. They are monstrously impersonal structures which can take over and colonise our life and within which our humanity is leached away into data stacks. All human contact runs the risk of being reduced to the remote production of dematerialized information across virtual networks of communication and control.

The objects and interventions which Llobet & Pons produce show that artworks can disrupt these systems. Their art interrupts into some systems and offers them up for aesthetic reflection. They also suggest other, hidden, ones which might be exposed. Often this involves incongruous collisions of items such as mops in Asemais anogerf (2012); basketball hoops in No One Wins (Time-out) (2012) or other everyday items like Wellington boots and rolls of masking tape in Boot and Tape (2007). But it can also involve creating new, absurd systems like Animal Tower (2008) which comprised four levels of fishes, turtles, hens and rabbits with each group feeding on the food which fell from the level above. Bringing to mind an ersatz eco-system the structure irrupted into the regulated economic system of a South Korean marketplace bringing the smells and unpredictability of shit and piss into an apparently clean commercial structure. Or The Morse Code Sprinklers Test (2010) which drummed Morse-code patterns in water onto the windows of IMMA (The Irish Museum of Modern Art) and playfully interrupted the smooth functioning of systems be these ones of communication, plumbing, and the museum itself.

Systems, then, are not only made of impersonal abstractions but also crammed with awkward objects which irritate their efficient operations. Things can get in the way and slow things down like the glued down coins which confound passers-by in Public Sculpture (2003), their intervention in public space. Works of art might provide instances when systems’ communication is disrupted, retarded and – if only briefly – rendered not only redundant but tangible.

Bodies are things which do this slowing-down too. With their glorious, inefficient corpulence bodies can lumber over the boundaries between different systems whilst taking delight in what is secreted there between the borders. Llobet & Pons play with the idea that in modern systems it’s the sticky stuff – the sand and glue and humans too – that holds them together which is not only essential but can be beautiful too.

Francis Halsall is co-ordinator of MA Art in the Contemporary World at National College of Art and Design, Dublin. His recent writing can be found at: www.alittletagend.blogspot.com