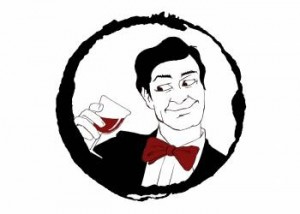 Our Wine Correspondent Jakob Ligvine Creek escaping the stench of the drought ridden city found himself bullied, battled and a little melancholic at the opening of ‘The Crusades’ a show in The Drawing Project, Dun laoghaire by Lily Cahill & Rob Murphy.

Despairing the lack of water in the city I was urged to escape the rising odour of the great unwashed. As the soiled feeling of an under abluted population was starting to creep under my own flesh. I thought: “what better place to go in search of clean air than Dun Laoghaire.” With my lungs full of the fresh sea air after a walk on the pier all my anxiety had evaporated and I was feeling quite at peace. On my return to the Dart station I spied a couple of young arty types hanging around outside an arts space administrated by the Institute of Art Design and Technology called The Drawing Project and I sidled over toward them in the hope of grabbing a refreshing glass of opening night vino. The space that I found myself in suffers slightly from a lack of passing foot traffic and even though it is located just across the road from the train station I would never have noticed it but for the crowd of young art students gathered around the entrance. I was in luck I had stumbled upon the opening of a show called The Crusades. So I thought to myself that it wouldn’t be any harm to go have a quick peek at what was on show and whet the whistle at the same time.

On entering I was greeted by two excitable young students that were constantly bouncing around me like a pair of Jedwards. They were very eager to offer me a drink for the kindly donation of one euro. Not a bad price to pay for guzzling grape juice in abundance. I was confronted by Riesling and Chianti from Lidl. I opted for the Riesling which is described as “Fruity, zesty and youthful,” a description that suited the artists that were on show.

The Jedwards told me that the artists, Lily Cahill and Rob Murphy, have only recently turned to a collaborative way of making art, putting aside their strong individual modes of working to create artworks together. They went on to tell me that at a talk given by the two artists earlier in the afternoon, the fourth year IADT art students in attendance became obsessed with the idea of abandoning the egotistical position of a self-contained and autonomous maker to collaborate. I reassured the young fellows that they’d get over it eventually because, as we learn from experience, making our way in the world today requires almost constant collaboration of some form or another. (At this point it may have been the wine that was doing the talking.)

The wine in short was not very satisfactory but the artworks were certainly intriguing. After reading Gemma Tipton’s tirade In the Irish times recently against those of us who see the necessity for verbosity in the vacuum presented by many contemporary artworks, the experience of The Crusades was quite refreshing. In the publication handed out to help the visitor navigate the four art works there was simply a map. It gave only titles and was without tiresome explanations of the work. Nor did it attempt to categorise what was being experienced in relation to anything that was not within the immediate vicinity of the space. The lack of text gave the exhibition a refreshing simplicity and clarity comparable to the crisp, golden white wine, free of impurities, extraneous notes and linguistic interference. By the fourth glass the exhibition was starting to flow, blur and spin like the carnival ride that was the focus of one of the video works.

Two of the video works presented a camera eye view from the seats of carnival rides of the type that could only be described as extremely provincial. The lack of sophistication, the state of repair and the level of decay indicated that these carnival rides had probably seen better days. However, as jaded as the carnival may have seemed the ecstatic screaming laughter and enjoyment audible on the soundtrack created an extraordinary contrast. At times the shaking image of the video shot from a vigorous carnival ride was enough to start churning the Riesling rather uncomfortably in the stomach. Feeling a bit battered and bruised, as one would if involved in a crusade, screams of, “drop zone, drop zone” brought a smile to the lips and a cramp to the stomach that was like getting a bunch of fives in the gut. (This may also have been the wine talking)

The readymade sculptural work in the window, The Crusades, comprised of two dirty old plastic garden chairs connected by a torn banner and was like the overture to a fine symphony that picked up to a steady adagio with the video of a ghost train, The Inferno. Then the recitative, like in a fine opera, the middle video, The Indulgence, provided a quiet moment. It was shot while moving through the decrepitude of the Natural History Museum. Headphones were required to hear the dulcet tones of Lily Cahill singing the Carpenters song “Superstar” to a stuffed Panda Bear. Then the finale. The crescendo was the overwhelming, whirling and nauseating carnival ride, The Pairing. Though I found it amusing at first, for some reason, the peculiarity of these heterotopia’s filled me with a dark and melancholic dyspepsia. I couldn’t help but feel that the world presented by the exhibition was a ruined and dying dystopia where we persist like a kidnap victim suffering from Stockholm syndrome, falling with sympathy to worship at the feet of our own self-destruction. How can we continue to seek our fun and to crusade for love in a world battered, bruised and surrounded on all sides by the tyranny of entropy? I took another gulp of the Riesling and thought: “I can’t go on… I will go on.”