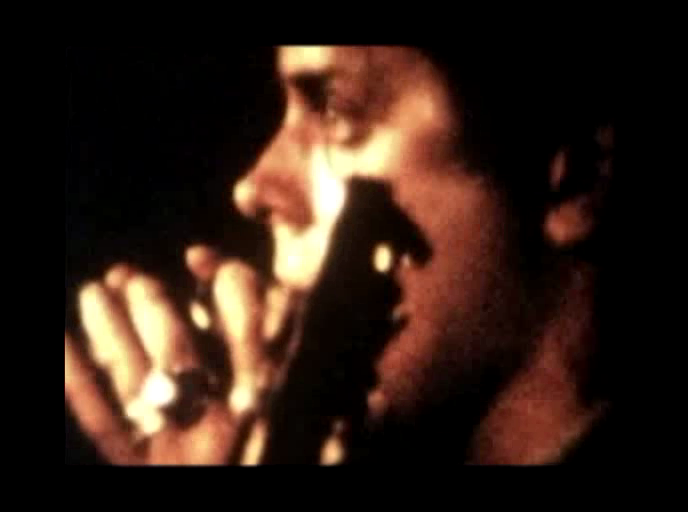 Friend of ACW, Darius Lerup is a PhD candidate in the Faculty of Modern and Medieval Languages at the University of Cambridge where he researches, broadly, the relationship between philosophy–particularly Georges Bataille and Julia Kristeva–and film.

Derek Jarman began his career in the 1970s by making experimental shorts on Super 8 film, as well as working as a set designer, most notably on Ken Russell’s The Devils (1971) and Savage Messiah (1972). By the 1980s, he numbered among a group of queer British experimental film artists (including the likes of John Maybury) that were closely connected to seminal post-punk musical groups like Throbbing Gristle, and Siouxsie and the Banshees. Deeply influenced by DIY punk ethos, this scene scorned commercial filmmaking conventions in lieu of transgressive and a self-proclaimed “amateur” approach (see Maybury’s manifesto published in ZG magazine). Although Jarman eventually went on to direct “overground” productions like the eponymous biopic of Michelangelo Caravaggio, it goes without saying that his early works left a permanent mark on his approach to film. In turn, this is precisely what makes the BFI’s “Queer Pagan Punk”—the largest season of Jarman’s work ever mounted in the UK—essential viewing in order to better understand the role and influence of 80s British experimental film in the modern context. “Queer Pagan Punk” presents an extremely important chronicle in the development of underground experimental film in Britain as well as its ultimate diffusion into the “overground” in the forms of both music videos and motion pictures.

When viewing Jarman’s 1981 collaboration with Throbbing Gristle, entitled T.G: Psychic Rally in Heaven, the viewer is confronted with blurred corporeal textures punctuated by metronomic cuts to black that make the film both pulsate organically and stutter mechanically. Immediately, it becomes clear that one must seek out the identifiable forms that are lost in a sea of textures. Every so often, faces emerge or what can vaguely be identified as landscapes. How might one begin to understand these shifting vistas, at once dark and rich, organic and mechanical, churning to the amorphous sounds of one of Britain’s most influential experimental music outfits? In the essay ‘Ellipse sur la frayeur et la séduction spéculaire’, Julia Kristeva proposes that cinematographic specularity is a force working against the visually identifiable. Manifesting through excesses of color, somatic waves, and spatial rhythms (which she calls lektonic traces), cinematographic specularity is composed of all the visual elements that exceed what is necessitated by the process of identification, which is to say the transformation of image into sign. In this way, the specular is presented to the viewing subject as always overwhelming, exceeding signification, and meaning. For Kristeva, by exceeding signification, the cinema works first and foremost to denude desire in the realm of the visual. It seems to me that T.G: Psychic Rally in Heaven, plays along these lines, vaguely recalling the surrealist André Breton’s magique circonstancielle, a category of convulsive beauty in which the viewer’s desire is laid bare. And as I search of recognizable forms within Jarman’s film, I cannot help but reflect on my own desire as viewer, wanting at once more and less than what is given. Although, Psychic Rally… is only one tiny fragment of Jarman’s oeuvre, but needless to say, it already suggests that “Queer Pagan Punk” will be of great interest.