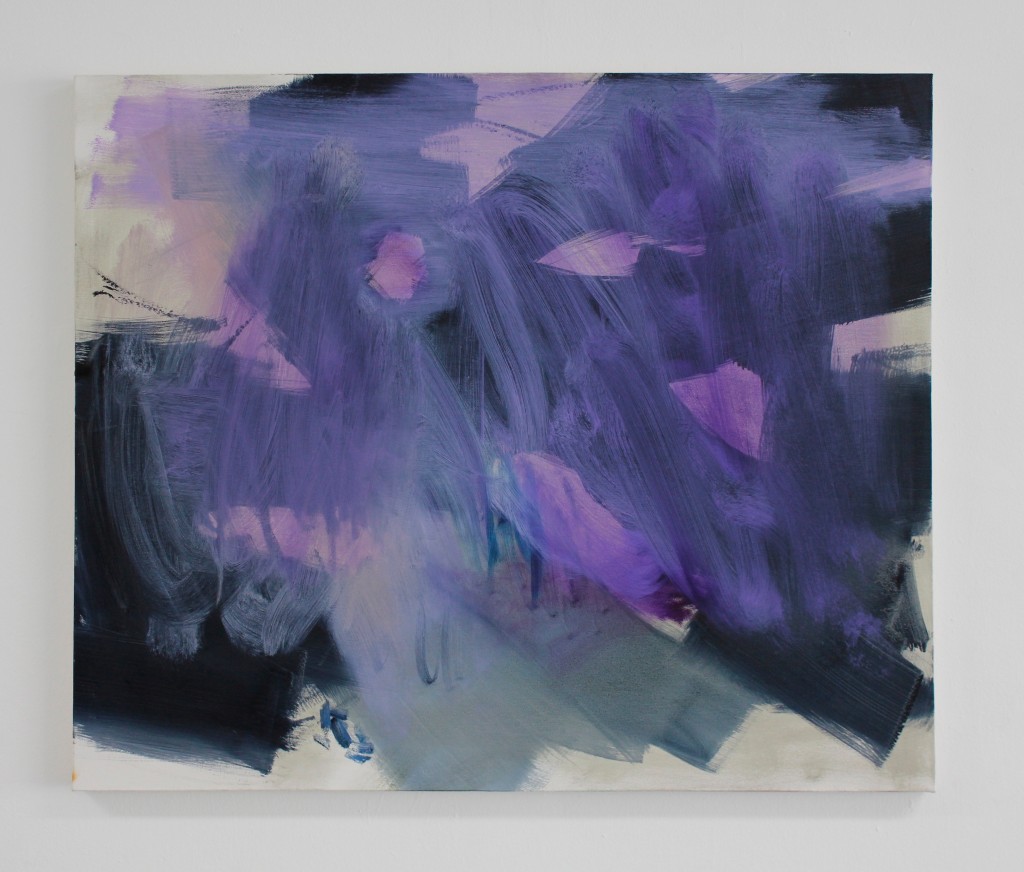 What has already been said about painting is still not enough, the number of canvases marked has not scratched the surface of possibility. There is still much to do.

In a postmodern era which has given way to expanded painting (at times reaching intimate levels with forms of sculpture, installation and performance) there has also been a return to painting per se. This is the painting which concerns itself with hue, tone, composition, temperature (the list goes on). There are no frills, no gimmicks, just a primed stretched rectangular canvas with existing marks ready to be marked again. While painting may look inward questioning its ontology and possibilities, an exercise which has allowed for important movements such as expanded painting, painters of today can also simultaneously look at preserving the now. To quote David Joselit: “painting marks time, rather than intervening in the events that populate it”. Each mark made traces the fleeting action with which it was made. It stores gesture as evidence. The marking of time and engagement with painting per se are among the many concerns of Julia Dubsky.

Julia Dubsky is a Dublin born painter, and former studio mate of mine in the graduating class of 2016 from Fine Art Paint and Visual Culture at NCAD. She has since been granted many honourable opportunities, namely the coveted Temple Bar Gallery Recent Graduate Award. Dubsky has since relocated to Germany where she is currently doing a mentorship in the class of Jutta Koether in Hamburg University of Art. Personally, I chalk up her success to this; a delicate confidence. This is to be attributed to not just her painterly practice, but also to her character from which her work is inevitably rooted.

Dubsky’s Jealousy in the Garden (2018) concerns itself with her memory of painting, a sort of testing her unconsciousness. With that said, I feel this delicate confidence comes not from her unconscious ability but from where her conscious intention lies. I’ve been familiar with Dubsky’s practice for a number of years now and have seen it in many provisional stages. My mental portfolio of her work spans from peeking into her neighbouring studio at the Granary building of NCAD, to viewing her work Peacock (Jealousy) (2018) at the Kevin Kavanagh only earlier this year. My response to her painting has however still not been recast. I pick up on a palpable tension between her and her material (specifically oil paint). A point between artist allowing paint to be and the point of taking control, volition. I can almost hear the “oh no you don’t” as artist travels the canvas with material. Going back and forth, alternating her relationship between painter and consumer as she steps back to observe the canvas, it is clear nothing is incidental. If an aesthetic of frenzy emerges, consider it organised chaos. This is conspicuous due to the lack of drips or spots, no evidence of a mania or rashness. Given the painting’s thin application, as if razored flat, telling stains would be expected but none are present. Perhaps we could call it a power-play. This is what I imagine to happen behind her studio door.

It is this sew-saw of control that Dubsky utilises that elevates her delicate confidence. The image of the painting is immediate, it can be considered casual or brushed on. Dare I say rushed. But it is the security Dubsky has in her discernment and her carefully chosen materials that I believe grant works such as Baby Sharing (2018) it’s success.

I believe there is a point in each of Dubsky’s paintings in which she trusts her paint to slip into the unintentional. TJ Clark famously dismissed artist’s intentions stating he preferred to focus on what art can do. What Baby Sharing is doing is marking time, each layer reacting to the dry or wet paint beneath and laid upon it. However, none of that would be possible if not for the delicate confidence oozing from Dubsky and her work.

Sara Muthi (b. 1996) is a Dublin based writer and curator. Muthi graduated with a BA from NCAD Fine Art and Visual Culture in 2016. She progressed and is soon to graduate from an MA in Art in the Contemporary World at NCAD. Since 2017 she has been managing editor of in:Action, the Irish Live Art review. Recent work includes: Anticipation: Actualisation curated event and panel discussion at the NCAD Gallery (2018); Homo Lundens (Man at Play) accompanying text for Black Church Print Studios (2018) Young, single and ready to navigate through complex issues regarding temporality and time review of PLATFORM’18 and panel discussion at the Draiocht (2018).